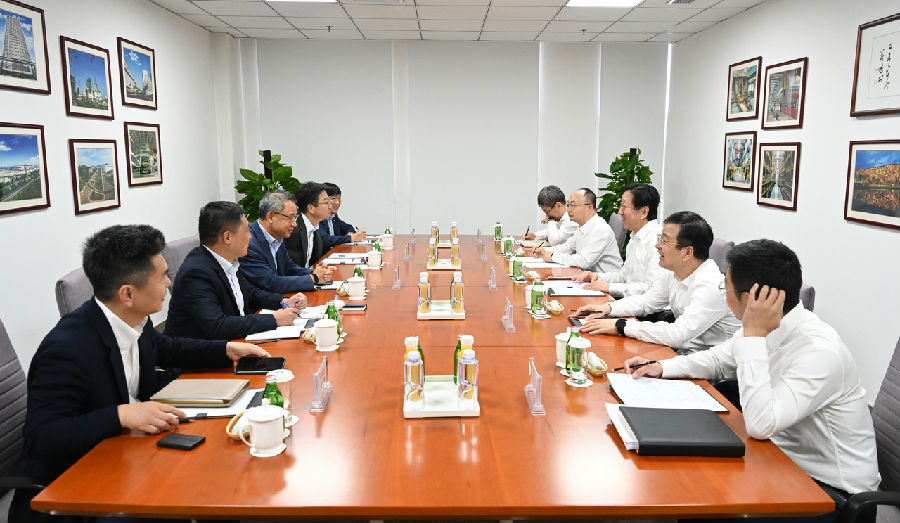 Yu Yong welcomed the guests and spoke highly of the cooperation progress of HBIS-POSCO Automotive Plate project. He said there was a profound friendship between HBIS and POSCO. For a long time, the two sides have maintained a smooth exchange of high-level visits and a good strategic cooperative relationship. As globally competitive steel companies, both sides have a strong influence on Worldsteel, not only because of the size and volume, but also because of the contribution to reducing carbon footprint, promoting green development. HBIS and POSCO said firmly grasp the new opportunities to upgrade China's auto consumption structure for China's new energy automotive steel market together, hand in hand to create HBIS-POSCO Automotive Plate cooperation, received high attention and strong support of the Chinese government. When the joint venture operation, it will provide strong support to lightweight development for China's new energy automotive industry. It is believed that with the joint efforts of both sides, the project will surely become a model of practical cooperation between Chinese and South Korean enterprises.

Yu yong said, China, as a member of the world's major economies, is currently deepening economic transformation and upgrading, which has brought more opportunities for win-win cooperation among enterprises. As comprehensive strategic partners, HBIS and POSCO are more cooperative and collaborative in seeking development space around the Chinese market.  It is hoped that the two sides can further deepen coordination in strategic emerging industries such as new energy, digital technology and industrial services to push cooperation to a new height.

Song Yong-sam briefly introduced the reform and development of POSCO, congratulated HBIS achievements in high-quality development, and thanked for HBIS strong support for the construction of HBIS-POSCO Automotive Plate project. He said that as a leading steel enterprise in the world, HBIS actively carried out the international layout, accelerated the transformation and upgrading of the enterprise, and realized the rapid improvement of competitiveness. In particular, HBIS actively promotes green and low-carbon development and takes the lead in carbon neutrality in the steel industry. With the strong support of HBIS, the project of Automobile steel with HBIS is progressing smoothly, which has laid a solid foundation for the complete success of the project.

Song Yong-sam said that POSCO, while focusing on the main steel industry, is actively promoting diversified development of the enterprise, and hopes to carry out more cooperation with HBIS in emerging fields on the basis of further deepening the traditional cooperation, so as to achieve better development.